Do hotspots work on planes? It’s a question that frequent flyers consider when purchasing their tickets.

What are hotspots? Hotspots are portable wireless devices that allow users to connect their devices, like laptops, tablets and smartphones, to the internet via an existing cellular network.

Generally speaking, hotspots have been handy on land, as they allow people to connect to the internet while they’re away from their home or office networks. But do hotspots work on planes?

In this article, we answer all of your questions about wireless hotspots and plane connectivity so you can make an informed decision before you buy your next plane ticket!

Check out this guide to learn everything you need to know about using hotspots on planes!

Do Hotspots Work on Planes? 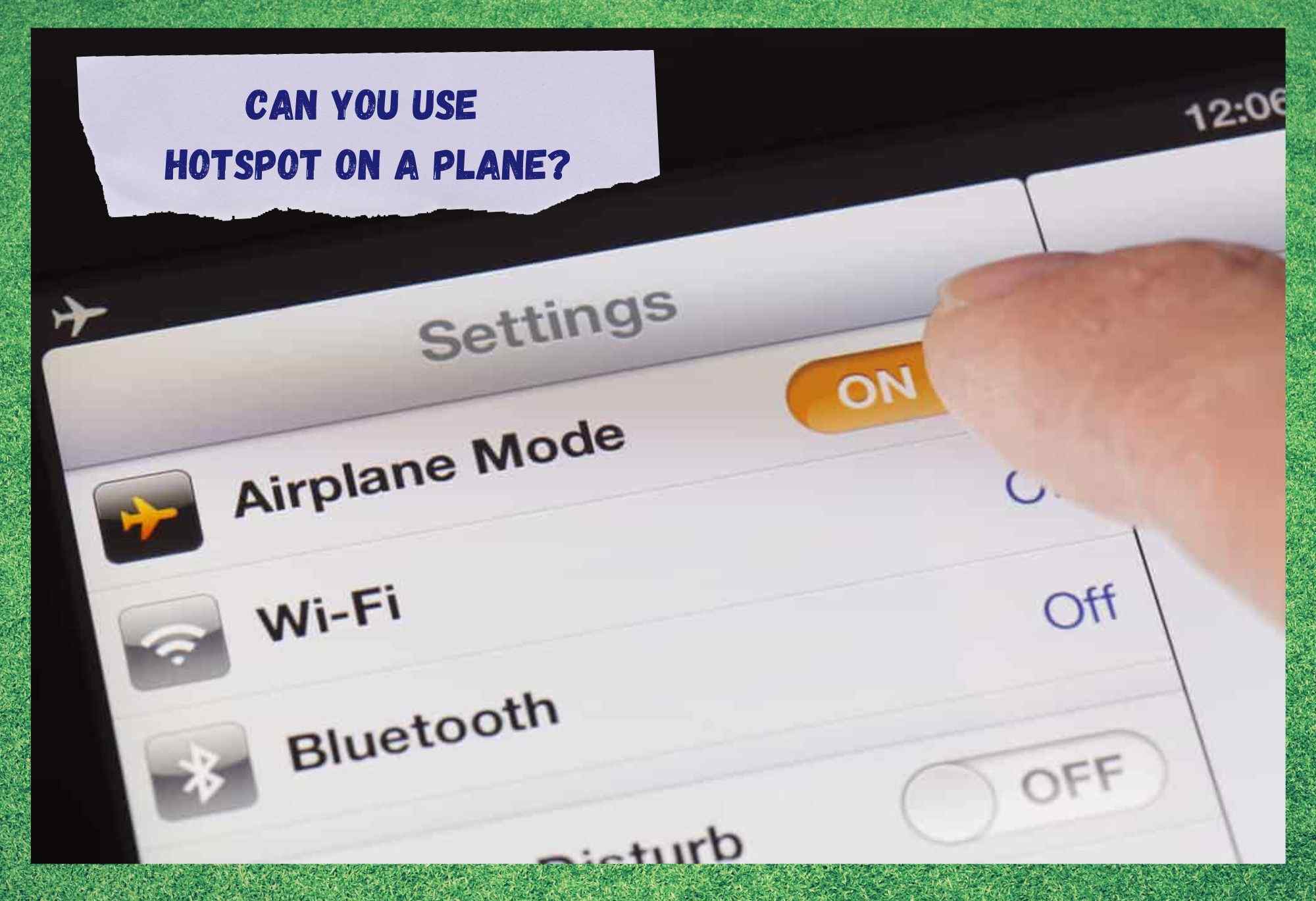 Everyone wants to know a clear reply, right? Here it is, though: no. You won’t be able to use your phone’s hotspot feature during a standard flight. Actually, the answer is pretty simple.

You require a reliable data connection on your phone for your hotspot to function. And since you’ll probably be flying at 500 mph when aloft at 30,000 feet or more, it’s possible that your phone won’t be able to stay connected to a tower for long enough to be of any value.

In fact, establishing a connection in the first place can be far more complex than all of that. You won’t be able to receive any signal while you are that high in the air on a commercial aircraft, since the towers that typically broadcast your mobile signal aren’t actually all that high, and the signal isn’t aimed upwards.

Should I Use My Hotspot On A Plane?

In addition to the practical aspects of everything, there are also solid arguments against trying to use your hotspot in the first place. All airlines now ask that you turn off or put your phone in aeroplane mode while the flight is in route.

Any connectivity functionality on your phone will be essentially disabled in aeroplane mode. Naturally, this will make using the hotspot feature impossible.

Using Wireless Router on a plane

Most individuals are confused if it is safe to bring a wireless router on a flight. The answer is yes, but just like your phone, you won’t be able to use the device’s cellular connection to build a hotspot.

So better not to use any wireless internet connection device, as it also comes in illegal terms. 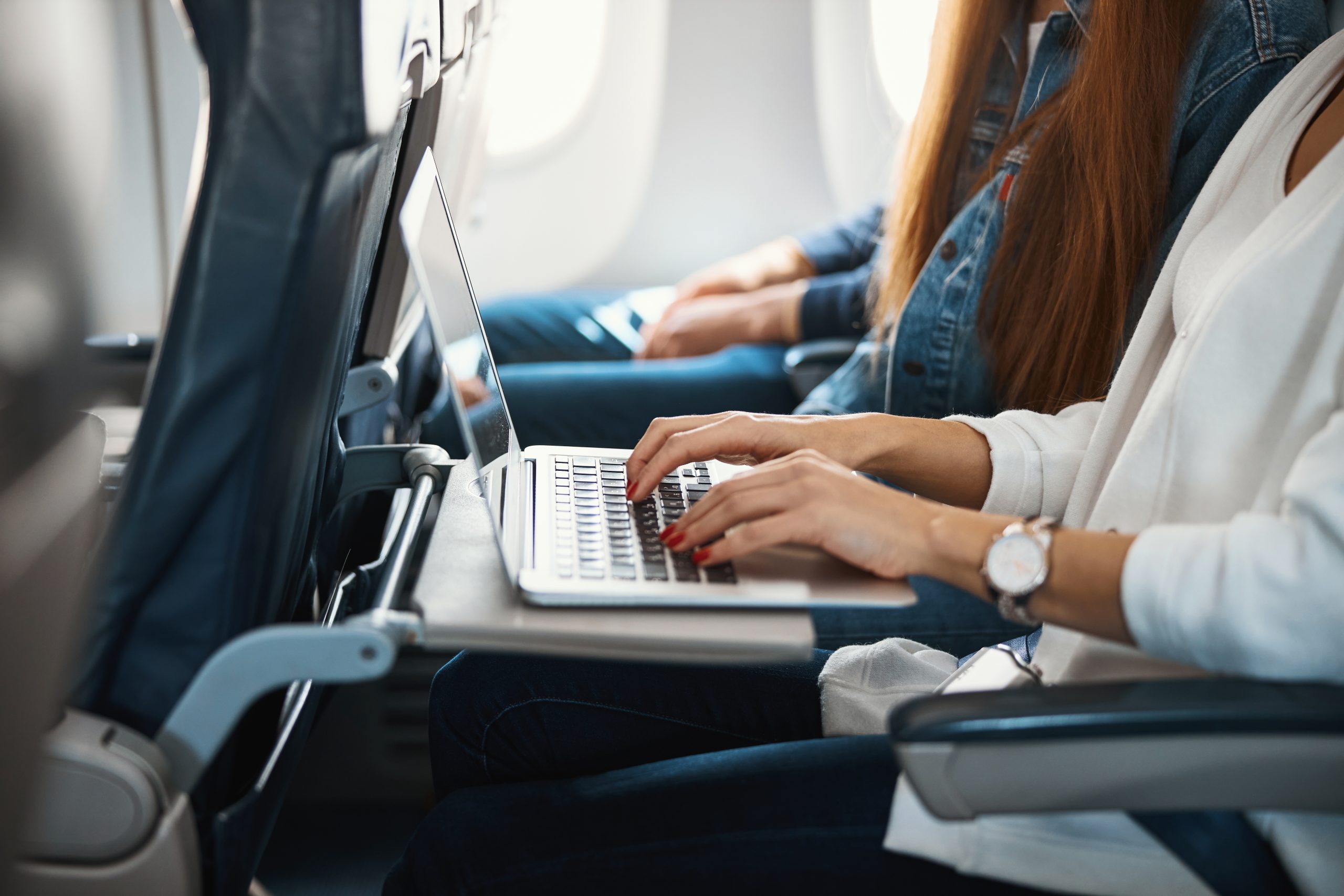 There are some positive developments here, though. These days, in-flight Wi-Fi services are being offered to customers on an increasing number of flights. To connect your phone’s Wi-Fi, several airlines now provide both free and paid inflight Wi-Fi connections.

Although it isn’t quite the norm yet, we can expect that it will only spread as airline rivalry encourages change.

If you are fortunate enough to board one of these flights, you should have access to most of the connectivity services you are accustomed to, but not all of them.

Sending emails, tweets, and light browsing are all possible while your phone is linked to the inflight Wi-Fi. The plane can use various networking services and provide onboard Wi-Fi to passengers because it receives a signal from a specific beam cell or satellite.

How reliable is aeroplane Wi-Fi?

Aeroplane Wi-Fi has come a long way recently, but it’s still not perfect. In general, aeroplane Wi-Fi is more reliable than it used to be, but there are still some things that can interfere with the signal.

The most important thing to remember is that aeroplane WiFi is not as reliable as ground-based WiFi, so don’t expect to be able to do everything you usually do online.

But if you need to stay connected during a long flight, it’s worth considering signing up for a hotspot plan.

Here are some tips for making the most of aeroplane WiFi:

It depends! Some airlines are offering it for free to all of their customers, but some are charging additional for giving their In-Line WIFI.

So do check it out and confirm it before booking your ticket. And also do research on which airline Wi-Fi works the best, so you don’t have to face any problems in the future.

In order to allow passengers to use personal devices for in-flight conversations, the agency updated its regulations in 2013.

The Federal Communications Commission (FCC) said on its website that it had adopted a Notice of Proposed Rulemaking that would permit airlines to permit passengers to use their mobile wireless devices, including cell phones, to text, for internet access and voice services, while in flight.

The FCC, according to the Washington Post, later changed its mind. The chairwoman announced the choice as follows:

“Taking it off the table permanently will be a victory for Americans across the country who, like me, value a moment of quiet at 30,000 feet,”

Is There Any Way of Using Wi-Fi on A Plane? 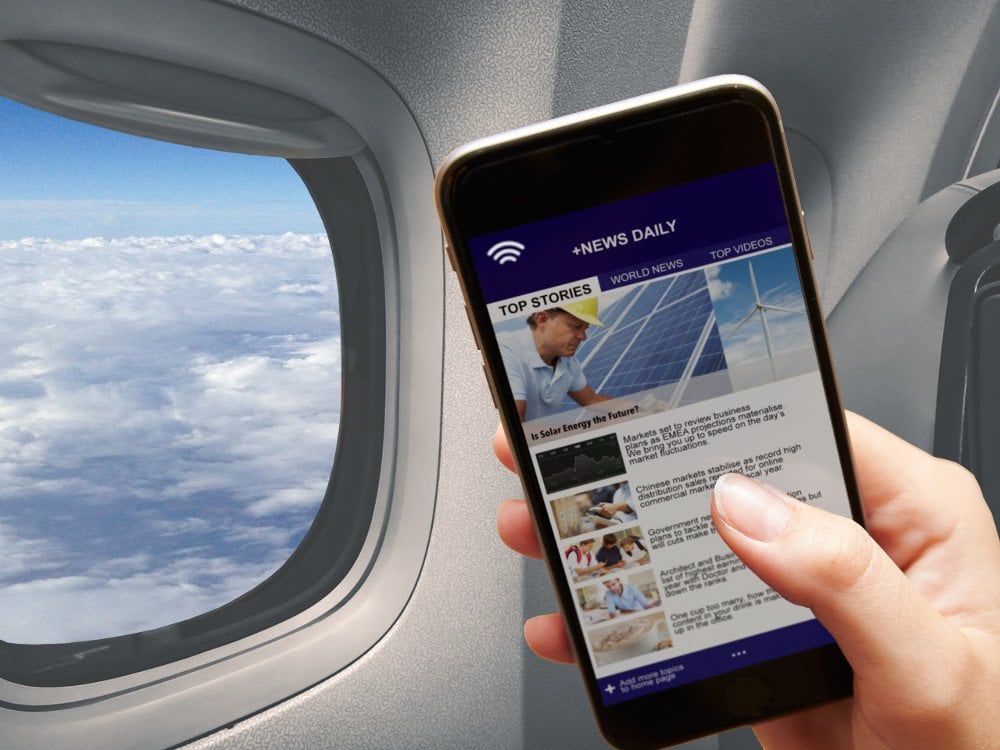 As we have mentioned previously, there are some specific planes that permit customers to connect to an onboard Wi-Fi source. In addition to this, using one of the hubs that are now available for purchase for this reason is another common method of accessing the internet while in flight.

Both of the aforementioned options are completely safe and legitimate ways to guarantee that you at least have some internet access while flying.

The rules of the airline are in place to protect your safety.

It is therefore in your best interest to follow them. For instance, make sure your phone is in Aeroplane (flying) mode before taking off.

When you receive a notification that the Wi-Fi system is operational, turn on Wi-Fi on your phone, laptop, or tablet to access the internet.

However, as technology develops, that might soon alter. You’ll soon be able to access the internet while flying on a plane using your phone.

Do Hotspots Work on Planes? The solution to this query is now known to you!

How To Unlock A Cloud Mobile Phone?

Google Fi vs Mint Mobile: Which is the Better Choice for You?

How to unlock your phone if you forgot your password?